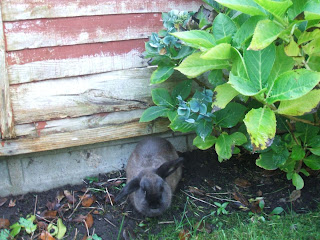 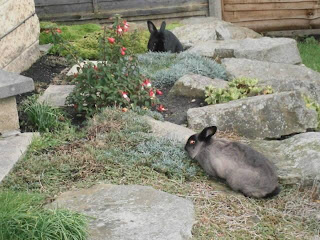 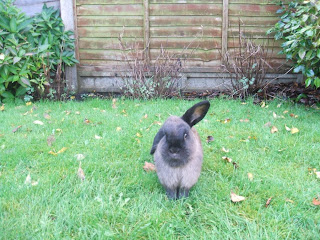 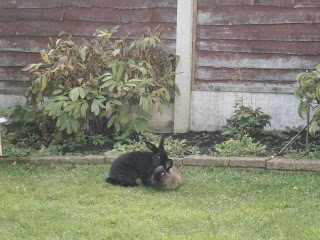 I’m not sure now what exactly set it all off on Tuesday, but once it started I just spent the week seeing one example after another. What am I on about? Just how wonderful our team is.

On Tuesday I was struck with a warm, cosy feeling about just how wonderful our team is. This feeling continued to burn strongly throughout the week and every day something happened to remind me just how special everyone is to me, and the animals. Whether it was turning up at foster mums homes at uncivilised times of the day, requiring late finishes from the staff or meetings at different organisations there was always a supportive smile or a genuine willing acceptance.

Our team comprises of such committed staff, passionate volunteers and regular supporters that are just rocks to me; they always seem to know when we’ve run out of kitten food or I need an email/text to cheer me up (one this week was a picture of bunny poop!). But more than ever this week I have had a strong sense of everyone rallying round to help with the animals and fundraising and it has meant so much to me. Everyone has been so generous of spirit on a week when we have needed it more than ever.

Kitten season is, for the second year in a row, continuing with a vengeance and well beyond the summer months. There continues to be more multi-cat home rescues that our branch alone is unable to cope with so we are truly grateful to neighbouring branches, Stockport and Tameside, for rallying round to make sure all the animals can be given a second chance. But really what is impacting on us more than ever is the recession.

The one thing I’ve heard over and over again this week on the phones is the number of people having to relinquish animals due to housing problems. There was an article in the Guardian this week about how much the nation’s pets are being affected by the recession. I suppose to the wider general public this was ‘news’ but to us it’s all we’ve heard for the last two years, but undoubtedly the problems have dramatically escalated in the last two months or so.

The most saddening aspect is when people call to say that they have tried all the animals shelters and they are all full and ask me what next can be done to rehouse their animals. Quite simply I don’t have the answer, but typically the caller’s frustration boils over and there becomes this entrenched expectation that we should do something. I often get people saying ‘ you’re the RSPCA, you’re supposed to be animals lovers!’ Or, ‘call yourselves the RSPCA; you’re a disgrace.’ Or, ‘I’ve been donating to you for years. What was the point? I’m cancelling my subscription.’

I always take the time to explain that we have to prioritise the animals the RSPCA field staff rescue and that there is never enough spaces for these animals. (Let’s face it, what’s the point in us rescuing the animals if we have nowhere for them to go?) I also explain that we are an independent charity from the national RSPCA and have very limited resources.

But, if you were in a desperate predicament would you care about any of this? No, and understandably so. All I do know is that all the animal shelters, just like us, are doing our absolute level best to help as many animals as we can, but that we all have finite resources and spaces – we have just 4 dog spaces and 11 cattery spaces. I really do wish I had the answer, but equally, I really do wish people would think through the long-term implications of allowing their pets to breed.

So, as the cat and kitten crisis worsens I feel a small miracle happens each time one is reserved. It is something that keeps us all so highly motivated – the animals finding new homes. It is simply thrilling and this weekend, so far, we have had 4 cats and bunny reserved and I’m really keeping everything crossed for a second bunny, Shady, to be reserved too.

Many of you know we’ve had a very difficult year for rabbit rehomings and as a consequence of having several large cases in our care we’ve been overrun with bobtails. It has meant that we have been pretty much closed to admissions for the year but there is a very strong likelihood that we will be able to start taking in again, as we have had a recent run of adoptions that have seen our numbers nearly drop by half. I don’t want to get too excited just yet but I can’t quite tell you how much this prospect means to me.

So, I want to finish on sharing with you one of my highlights of the week. The pictures above are of our sable lop called Ruby. She was seized by inspectors in Sept 2010 along with a large number of other animals from an allotment. It took 11 months to conclude the prosecution of the owner, which meant that Ruby and her chums were with us a very long-time until being released for adoption just a couple of months ago.

Ruby was spotted by a family in south Yorkshire after their boy bunny had lost his partner. They were experienced at pairing rabbits so they took Ruby home to do the introductions themselves. The day Ruby left we all took a big gulp. It was really quite sad to see her go but of course it was all we had ever wanted for her.

Today I opened my email to find the most wonderful update waiting for me. Ruby and Basil were officially ‘married’ and had been successfully living together for 5 days and it was time to make the adoption official!

What the pictures show you is Ruby enjoying the true meaning of freedom for the first time in her life – running around, eating grass and plants and having a companion to share her life with. These pictures are symbolic of everything we strive to achieve and they just make me feel so emotional, proud and grateful. I hope you enjoy them too.