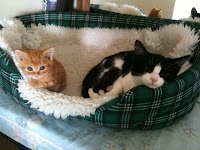 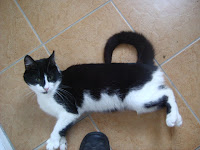 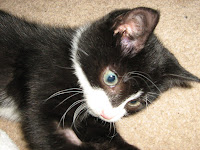 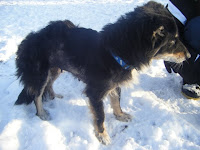 WHY WE ARE PROUD TO BE YOUR LOCAL RSPCA BRANCH

2010 has been an incredibly difficult year for the branch as the world wide economic downturn really took hold. At the beginning of the year the branch had to make significant cutbacks and sadly key staff were made redundant. This placed an even greater strain on existing staff and volunteers and it is to their eternal credit that we are still here, providing an even better service than ever before to locally rescued animals. Without their loyalty and dedication to our work we would not be who we are today – and we thank each and everyone one of you for going that extra mile for our animals.

Our veterinary care costs have been at an all time high this year and continue to escalate; perhaps this is an inevitability given that we are taking in ever more animals direct from their point of rescue.

In 2009 77.5% of the animals we took in came from RSPCA generated sources such as RSPCA Field Staff, RSPCA Salford animal hospital, born in our care, rescued by the branch etc. In 2010 this increased to 97%. We are really proud of this achievement and even more grateful to the national RSPCA for ‘going public’ in May 2010 and announcing that RSPCA rescued animals would take priority above unwanted pets. In so doing our job has been made a lot easier and we have been better able to say ‘no’ to the the general public when they have wanted to relinquish their animals for routine reasons.

Our income, or lack of, has probably caused us the most consistent amount of stress this year. Across the board income generation has taken such a hit. From charity shop sales, events, donations and legacies we saw less and less money coming in, which resulted in us having to sell some bequeathed stocks and shares to raise much needed funds.

Unfortunately it doesn’t look like much will change in 2011 but one thing is for sure – we will keep on fighting! In the meantime let’s celebrate what we have achieved in 2010 thanks to your help and commitment to animals in need.

1. Wide and persistent ill health amongst the cats effected rehoming figures, sent vet costs spiralling and caused a total of 3 months worth of cattery closure.

2. By far the greatest number of pedigree dogs and puppies (dogs under 18months old) were relinquished than ever before.

3. The branch admitted ‘case animals’ for the first time. In total: 1 cat, 4 guinea pigs and 39 rabbits were cared for whilst the owners were investigated and prosecuted by the national RSPCA.

4. For the time in recent memory there have been an abundance of kittens and queens ‘in season’ out of season . Such as little Oreo pictured, who was found at barely 4 weeks old seeking warmth from a car engine.

During December the branch launched ‘Rescue Animal 2010’. Staff and volunteers were invited to nominate their most memorable branch animals of 2010. Those animals were then short listed to 12, the adopters informed of their animal’s success and an online vote began!
We were delighted by the response the poll received and in the end nearly 600 individual votes were cast.

The winner was Floyd the cat, pictured. Although a surprise winner his determined nature, love of belly rubs and winning personality won the majority over as he secured 18% of the votes.
In second place was Thomas the cat who had suffered incredible neglect that was tantamount to cruelty, in third place was long term stray and grump, Bruiser the cat, and in fourth place was Nipper the JRT cross, now known as Layla and possibly the most good natured dog we have ever had in our care.

Congratulations to all the animals short listed, but let’s face it, everyone of the 257 animals rehomed this year were winners because they all found a second or third chance at love and life.
Nipper’s new mum really summed it up perfectly for us: “The message here is if you are looking for a pet think rescue….they are simply the best.”

In 2011 we need find ever more innovative and cost effective ways of promoting animal welfare.
We will not have the funds to deliver more than a handful of free pet health clinics in 2011 so we will be focusing on welfare events that promote microchipping and share good welfare practice.

We continue to remain committed to improving the welfare of rabbits in the UK. 2010 has seen even more large animal cases involving rabbits. The branch has been directly involved with a number rabbit rescues and to be frank, the state of rabbit care in this country is nothing short of shocking.

The branch is delighted that the national RSPCA has chosen rabbit welfare as a focus of research and campaigning for the next few years. The branch will be playing a key role in the development of this work and will continue to promote rabbit welfare regionally.

In April we will be asking Manchester shoppers to consider rabbits as ‘pets, not prisoners’ to address the common belief that rabbits should live in hutches and to hopefully deter the giving of rabbits as presents at Easter.

In May we will be participating in ‘Rabbit Action Week’ by holding our a roadshow offering free veterinary health checks by exotic vets and free VHD vaccinations.
But as in every year, our main goal for 2011 will be to help as many locally rescued animals as possible.

We are delighted that we have been help even more animals in need than ever before, especially so with such restricted staffing and resources. Yet we do remain fearful for the future of animal welfare as a result of the state of the economy.

We have witnessed first hand the decline in animal adoptions and increase in animals in need in 2010. With more job losses and cutbacks forecast the future of the branch has never looked so uncertain and already we are predicting and even more challenging year ahead.

Now, more than ever, we need your help to give hope and love to the animals the RSPCA inspectorate bring to us each week.

Money is not the only thing we need, there are many practical ways you can help:

We need your help more than ever, so please get in touch if you would like to get involved this year and make a difference to the lives of animals like Floyd, Thomas, Bruiser and Nipper. We have over 50 volunteers who do just that each and every week, so why not join our team in 2011?

Thank you all for your continued support; we wish you all a peaceful and happy New Year.