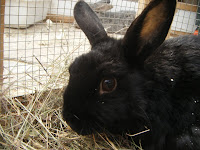 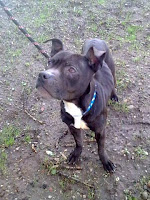 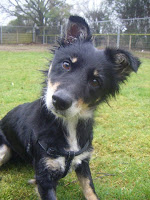 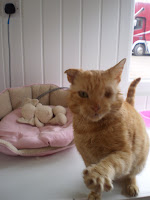 Contemplating the last 12 months is a daunting prospect. It has been another incredibly busy year and a major event was the opening of our 3rd charity shop in Didsbury. The shop is set to raise an annual profit of £10-15k, which will pay the annual boarding costs for our dogs. We’ve received fantastic local support for the shop and we really hope that this will continue throughout 2012.

On the animal front we have had a number of ‘babies’ come into our care and successfully hand-reared. This has been done by just two foster homes and there have been puppies and kittens and no shortage of cute pictures! But the dedication afforded by these foster homes is just priceless. Few people realise that it involves round the clock care for weeks on end and it really takes a very special person who can do this. We never take for granted how simply amazing and committed they are and we thank them for giving the gift of life to so many babies.

One of the remarkable aspects of 2011 is just how much we have taken off in social media terms. We now have an army of followers to our Twitter, Facebook and blog site and these wonderful people come to our rescue each time we place an appeal: whether that be for food, cattery enrichment, Xmas toy appeal or shop donations. We feel blessed and honoured to have such a devoted cyber clan!

But perhaps the greatest highlight of all has to be some of the more remarkable animals that have come into our care and been successfully rehabilitated and rehomed. Our Rescue Animal of the Year awards highlights some of these incredible animals: http://www.manchesterandsalfordrspca.org.uk/award.html

And you can read more about others we have helped at:

You really cannot better that sense of achievement that you get when an animal battles against the odds to overcome its former experiences and move on to a new forever home.

To fully appreciate the ‘highs’ it seems inevitable that we need to experience the ‘lows’, and there has been plenty to challenge our faith and commitment during 2011. There have been some truly severe cases of cruelty and neglect, which are all the more worsened when we cannot overturn the problems and have to face euthanasia. The images above are of some the brave animals we tried to help during 2011.

In total during 2011 we have loved and lost 28 animals. This amounts to nearly 10% of the animals that we have taken in during 2011. We do not put animals to sleep because they don’t find homes, but because we cannot help them any further than we have tried. These animals have been the victims of a society that treats companion animals just like any other commodity, and sometimes we have to accept that we cannot undo the harm/neglect that has been caused to them; although we rarely give up without a damn good fight. Losing an animal is the hardest aspect of our work and one that never, ever gets any easier. Tears are shed quite frequently but there is only one reason why we keep coming back for more.

Loosing accommodation spaces this year was something else we had to face up to, as the finances were pinched to their limit. The biggest expenditure after staff wages is boarding fees. As many of you know we do not have an animal centre and only have one f/t and one p/t animal staff plus the Branch Manager (who spreads herself wherever needed in the charity). This isn’t extravagant by any means and we just about get by (though we loathe it when one of us is on leave).

Cutting boarding spaces was the only obvious option to save more money and it means that we can now only afford: 4 kennels, 15 rabbits spaces and 11 cattery pens. We do make use of foster homes but this can create additional logistical and financial burdens so we do have to be careful not to over-fill.

We are coping, but with new systems in place at Regional HQ to allocate spaces to inspector rescued animals we may feel the pressure more next year.

The branch will continue to prioritise the rehabilitation and rehoming of the animals the RSPCA inspectorate rescue. We are determined to ensure we maintain the level of service we are currently operating on and to make sure we help as many animals that we can.

But less choice unfortunately seems to mean less interest and this is certainly reflected in the rehoming stats for dogs in 2011. It stands to reason that if you have fewer animals to choose from, you attract less attention. But, believe it or not, we have not had a great demand from the inspectorate during 2011 for our dog spaces so loosing 4 did not prove to be so disastrous after all. But, as always, it is cats that are so over-populated and put the greatest of strain on our resources.

As a means to try and address this we are going invest £1k to trial a pilot scheme in Gorton to target female cat neutering prior to spring-time. Believe it or not this sum will only neuter 30 cats but that could prevent on average a further 150 cats being born in one season in just this one area.

If we can source further funding we will seek to repeat the scheme in other areas, which will also include free microchipping and even free transportation to the vets where required (such is the reluctance of some owners).

As the national RSPCA embarks on another year of rabbit welfare campaigning we will be right at the heart of supporting this.

As many of you know the bobtailed-ones are a big passion of the branch, so we are set to return with our ever popular Rabbit & Guinea Pig Roadshow around Easter time. We will also participate in ‘Rabbit Awareness Week’ in September and of course continue to champion the bunnies throughout the year with the highest of rehoming standards.

Partnership working with Salford Dog Wardens is our final goal for 2012. We have struck up a great relationship with them and they were instrumental in delivering our annual Xmas pet clinic in Eccles in 2011.

We will aim to target other areas in Salford with free vet clinics, free microchipping and free dog neutering vouchers (the latter courtesy of the dog warden). Of course this will be dependent on finances, but we will kick off the year with an event in Little Hulton for Valentine’s Day. Well, our pets are much loved too and what better way to show them?

Certainly at the top of the list is funding for cat neutering projects. A close second is to open another charity shop to help us generate more sustainable income. A third wish would be for stability in the animal staff team, as we have been somewhat plagued with illnesses and line-up changes during 2011.

But the really big wishes would be a Branch Administrator, a Community Fundraiser and an Area Shops Co-ordinator. Pie in the sky? Well, maybe just a touch, but it’s good to have ambitions for the future.

So, for now, we’ll stick with simply rehoming lots and lots more animals please and to say a massive thank you to our incredible team of volunteers, staff and supporters who keep us going so brilliantly. Happy New Year to you all!