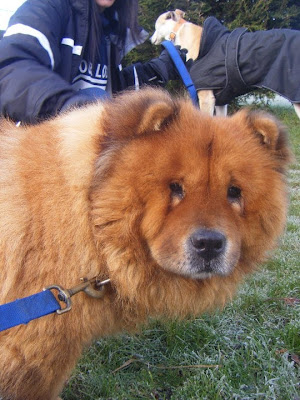 There have been some really great high points to the week that I am determined not to loose sight of. Amongst the great things we have been blessed to experience this week we have:

But despite these wonderful happenings I have to say this week I feel lost and low. I guess it’s because it has been a week of reality biting very hard, again. You see, we have reviewed our financial situation for the year ahead and the truth is we have to make even more cut backs if we are going to survive. Whilst of course this is essential and necessary and the only way we can keep going, the implications of the decisions begin to hit hard when I have to start saying ‘no’ to the field staff who have just rescued animals.

It also hits hard when we get the vet bill in. You get to see in black and white how much each rescued animal has cost and it is hard to know how to approach conditions that aren’t life threatening but are slowly but surely racking up the bills. Like Sian the Chow. She has ongoing urinary issues that we are still trying to get to the bottom of. She is on a specialist food that costs £50 a sack (albeit a large sack) and so far vet costs are at £550. She has yet to be spayed and have her eyes operated on for entropian and the urine situation is still under investigation -so many more cost are on the horizon.

The thing is, you could say ‘enough is enough’ and put her to sleep, but her health problems are not insurmountable, she is coping really well in kennels and her general health is improving. We all have a strong attachment to her and, after all, wouldn’t we then be wasting £600 if we did put her to sleep now? I’m not sure many of us could have it on our conscience, the idea of putting an animal to sleep just because they will cost a lot to rehabilitate from their neglectful pasts, but then this is a reality that shelters up and down the country face on a daily basis.

I was saddened to discover this week that many shelters have to cap spend on vet treatment as little as £150 per animal. We have talked about the idea of a cap many times before but in our hearts we just don’t feel able to adopt this approach, after all £150 doesn’t go far in vet bills terms at all. Though that is not to say that we don’t understand and appreciate why shelters have to do it; I guess we are just fearful of having to do this because the implications are just so harsh. I guess I just feel despairing because there seems no easy way out and with bad news this week about the health of 3 separate cats, hard decisions are on the horizon too.

It has also been a week of animal bereavement for some of our friends this week; Avalanche the bunny, Digger the dog and yesterday Benny Benson bunny. These were all very special animals owned by very dear friends of the branch. We are all so deeply saddened and touched by their loss and send our best wishes and thoughts to their family and this very difficult time.

All three animals were very special furries, each with their own stories to tell that had touched their family and friend’s lives in so many wonderful ways. If anything they are testament to why we agonise over things like cutbacks and expenditure so much, because ultimately each and every animal is an individual in their own right with their own uniqueness and life-enhancing qualities.

The age old argument therefore rages on as to whether we try to give the best care to those we take in, or try to help as many as we can on a strict budget but take the consequences that go along with that approach. I remain lost, as ever, on this point of debate, so will leave it with you to consider instead. In the meantime I will look to the week ahead for some hope.