This week has been distinctly dog themed. Not only has the weather been akin to the dog days of summer but we have been flat out on the dog front. 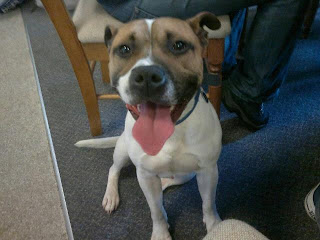 On Monday we were remarking about how unlikley it was that Zak, our exuberant staffie, was going to find a home this side of summer, when we got a call offering him a home! Fast forward to Friday and he is in his new home! He has honestly found the most wonderful forever home and a new best friend to boot in the adopter’s female staffie. No doubt between them they will be a very big bundle of love,  happiness and boisterousness and we couldn’t be more chuffed. 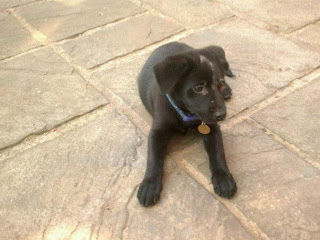 We were privileged to be allowed to foster Macey pup. Her original owner’s dog attacked poor Macey and the whole side of her face was seriously damaged and she had to be in the RSPCA vets for over a week, such was the severity of her injury. Sadly, it has resulted in the loss of her eye (it was surgically removed on Friday) but Macey is doing really well and loving being in foster care and being able to play  with other dogs. It will be a while before she can go up for adoption but rest assured this little mite is in the best of places. 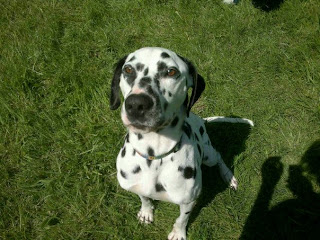 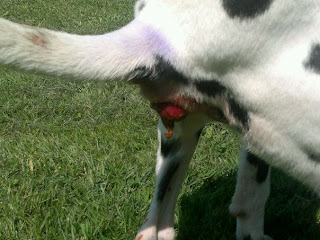 Walter was our next arrival. He had been found abandoned, apparently straying for some time, with a prolapse. He had to have surgery to address the prolapse and after several days of rest at the RSPCA vets Walter was good to come into our care. Sadly, however, within a few days the surgical repair had broken down and the prolapse was back again. The poor lad had to have further intervention, as well as dental work.

Poor Walter – if only animals could speak and tell us what has really happened to him.We estimate him to be around 4-6 years old and is a wonderfully giddy-kipper but he is not out of the woods yet and we have other concerns about his health so it will be a while before he can find a home but we really are keeping everything crossed that it will work out well in the end.

At this point in the week we had just one place left to admit a dog. We got an urgent call about an emaciated lurcher x pup who needed our help. Except on arrival, when we met Bella, she was in such a pitiful state we just couldn’t put her in a kennel. She was tiny in every which way and we didn’t have any more spaces in foster care, but Macey’s foster mum came to the rescue despite having 4 dogs of her own (and Macey)! 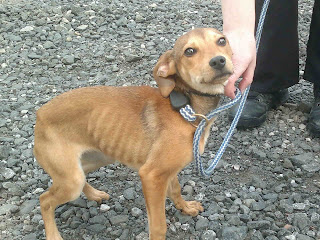 Bella seriously got lucky, but deservedly so. She had been removed from very poor conditions, well, the state of her makes that pretty obvious, but how she really got lucky was because her foster mum’s neighbour, who adopted Dobby-pup from us last year, fell head over heels for her! It’s early days yet because Bella has a way to recover but it looks like she may very well have found a home with Dobby and his family – just the stuff of magic! 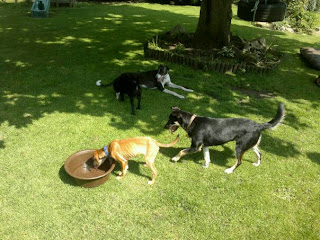 The picture above of Bella, Macey and our foster mum’s dogs playing together has been an enduring image for me this week and I’m sure you’ll agree it really makes your heart sing!

And then comes the confession. There was only one kennel space left, what with Bella not using it, when I got another urgent call. This time it was a litter of 6 x 8 week old collie cross pups that had just that minute been removed and needed somewhere to go. The inspectors had visited the property before and issued warnings about poor condition – let me tell you, the pups absolutely stunk. You could smell them from 2 metres away and they all had a shocking worm burden. But despite our dislike of placing such young animals in a kennel environment there was no alternative and, sadly, was probably better from what they had come from. 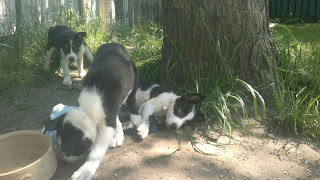 One of the pups has been adopted by one of the RSPCA vet nurses, so we have five left to find forever homes for. I’m sure they won’t be with us long, and I am so grateful they have been rescued, but at the same time I can’t help but feel heavy hearted about their start to life and worry about how many more are out there suffering. My head immediately leaps to all those poor puppies in ‘puppy farms’ supplying the pet industry. It’s just unfathomable to me how people can treat animals so blatantly as commodities.

What it does mean is that we start the week absolutely over capacity on every animal and they’ll be few, if any, admissions next week. The only saving grace is knowing that we are not alone coping with the pressures. All other branches and animal centres are facing the same but at least united we can help each other to weather the massive influx of animals needing rescue over the summer months.