Fear and Loathing in South Manchester! 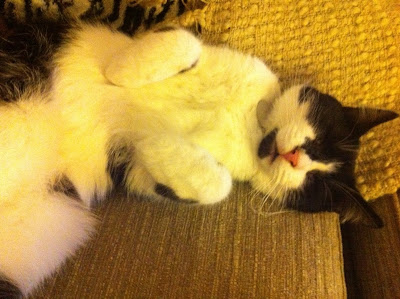 This week has felt oddly positive. I can’t nail precisely why, and we surely don’t have any major reasons for feeling that way, but it does feel positive. I wonder then, whether it isn’t so much ‘relief’ that I’m experiencing?

This we week we formally announced to our staff and volunteers the branch’s decision to make more cutbacks to try and get through the year and beyond. I suppose the difficulty lies in accepting how bad things really are, coupled with the reality of having to say ‘no’ and take in less animals.

For going on nearly 3 months we have seen charity shop sales drop by up to £2000 a month, as shoppers seemingly have less disposable income than they used to. That in itself means we just cannot afford to maintain operations at the level they are at now. Let’s face it, that amounts to £24,000 a year, so we have had to take action to safeguard our future.

Consequently, it was reluctantly decided to reduce our kennel spaces to just 6, halve the number of cats in foster care, close to rabbit and guinea pig admissions and scale right back on our community animal welfare work. The hardest bit for us all is the reduction of animals in our care, but, as many of you know, it is the vet bills that cause us so much trouble financially.

But, rather than feeling despairing about it all, we have reasons to feel optimistic thanks to the level of support and well-wishing we have received as a response to our announcement. I think this is what has made me feel so positive, knowing that we aren’t facing this alone and that there are so many branch supporters, and animal lovers, out there to help us in every way that they can. I can’t thank each and everyone of you enough for being there for us; it makes all the difference knowing we aren’t facing this alone and that people are willing us to succeed. Thank you so much.

The animal rehoming side is also looking up, which you just wouldn’t expect with more people facing job losses and cut backs, but there it is. With two bunnies reserved this week, making the total so far this month to 5 – that’s more than we rehomed in the last 2 months of last year! And the cats are being snapped up faster than we can get them listed on the website for adoption, which is just fantastic, and possibly an all time record was set on Thursday with Dash the dog being booked for a viewing within less than an hour or two of him featuring on the website! But then, Dash is incredible.

I feel grateful this week, and honoured, to have the wealth of support and help that we do. Our position is not unique, we aren’t any more more or less special than any other animal charity fighting hard for furries in need, but what does makes us special are our staff and volunteers and our determination. Thank you all for sticking by us.

Pictured is Floyd the cat in his new home. He won our 2010 Rescue Animal of the Year. When I was emailing with his adopter this week I asked them to give Floyd a belly rub from us all (as this is his favourite thing) and I received this picture in my inbox soon after. I’m still smiling now!

The other thing that has made me grin this week is that our trustee Hannah has agreed to run the Manchester Bupa North Run with trustee Sarah to raise money for our branch. Sarah is a fitness fanatic but Hannah has only just begun her new fitness regime. Hannah has my utmost respect and I’ll be cheering from the side lines as they go round.

The last thing I have to share is that I have agreed to do a parachute jump with our volunteer Julie W. to raise money for the branch. If I make this a public announcement I then can’t back out of it. So there, it is done! The problem is I have the most almighty fear of heights and the highest I can travel is three rungs up a ladder! But if I can do this I will have earned every bit of sponsorship I raise.

Oh dear goodness what have I done.