Give Up Life As a Bad Mistake? 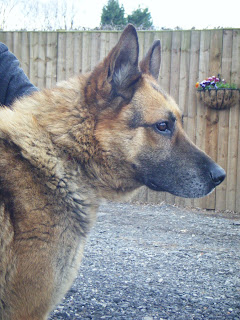 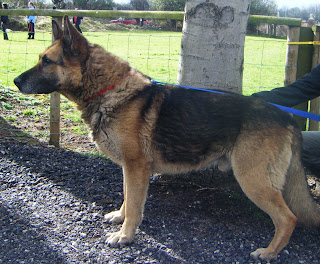 A line from one of my favourite Smiths songs. Actually, that’s a lie – they are all my favourite and all the albums get played continuously when I’m feeling fed up, which was the case last week.
But last night I realised that I actually hadn’t done a proper blog in a while. This morning I have reflected on this and I think it’s because when the going gets tough I try to project positivity to try and do some kind of denial thing!
So enough of the crap, what’s been going on. Well, this Wednesday is the last day for the staff who have been made redundant. Mood is very low, in fact it’s angry, and I can’t blame them but it’s also meaning that the rest of the staff and volunteers around are feeling their anger and so it’s really tough going and I just don’t know what the etiquette is with all of this. I tried being nice and smiley and one person jumped down my throat and another said I wasn’t allowed to say goodbye to her and didn’t want me anywhere near her. Heavy stuff.
Then there has been the recruitment process to find new people for two new posts that weren’t filled internally. Every time we advertise jobs I brace myself for the response and as always I am not let down by the sheer stupidity of people. I really cannot believe how many people are incapable of reading basic instructions. So many haven’t even bothered to read the person spec, so many haven’t bothered to read the info on how to apply and so many haven’t actually bothered to read the job application form and fill it in properly. It actually makes me wonder whether more should be being done to teach people how to apply for jobs. As it stands half of the apps I am going to have to discard because they simply haven’t followed the instructions. Ooooo. Grrrrr. Rant over.
But I know really it is the animals that you really want to hear about. Well, we are now down to just 4 cats in the cattery, meaning we have very many empty pens. So, today, we will assess if the cat flu has cleared up so we can start admitting new cats once more. I already have several lined up so I only hope we can take them in.
Out of the 17 cats we have, 6 are on reserve! We also have our new dog Teddy going to his new home this week, though no surprises he lasted less than two weeks, he is, after all, a Norwegian Elk hound. And even the bunnies are having a look in on the action – we have two going Thursday and two others on reserve. Fabarooney!
We took in a new dog on Friday and I will be honest, I am still troubled by the history he has and so by hopefully sharing it I will ease the burden of carrying it. Last week the RSPCA inspectorate got a call from CID. They had been to a scrap yard and found an elderly German Shepherd dog with a deep laceration to the neck. The injury was so severe and had been left untreated that they had to put him to sleep.
The inspector then described to me what else she found on scene. She said their was a container with the words ‘dog kennel’ scrawled on the side. Looked inside was a German Shepherd with a rank old bed living amongst his own faeces and urine – it had never been cleaned out. The two workers (not owners) on site thought there was nothing wrong with the conditions and cheerfully explained that the dog was only ever let out at nighttime to patrol the yard. The dog had never seen daylight in his 3 years of living there.
If that isn’t enough to make you tearful, what made it all the more difficult for me was learning just how wonderfully friendly and loving the dog is, especially to men – the same species that had been keeping him like this. So despite his incarceration in the most unthinkable of conditions, we have a dog that still has the most wonderful zest for life.
He arrived in our care on Friday and although seemed to settle quite well at first, by Sunday the dog walkers reported to me that he was quite anxious and scared, but then who wouldn’t be after a life like that. His original name is Aslan, so we will keep it for his sake. And hopefully, over the next few weeks he will adjust to his change in lifestyle and find his courage once more
I really am so saddened by Aslan’s story. For some reason it has really struck with me. I hope we can help heal him and find him a new home, but I worry it may take a while as he is a very big dog and we’ve been waiting for homes for our other big dogs – Prince, Sailor and Sasha for months now. I don’t have the answers anymore, I’m just so very saddened.