This week has been nothing short of epic. To say we are bursting at the seams is really no exaggeration and it’s all down to one thing; irresponsible breeding.

We have more cats and kittens, rabbits and kittens (that’s what baby Lapin are called) than ever before and there is simply no more space. I’ve called in every favour I can think of to house as many as possible and now I’ve reached the end, which is a real pain cos there’s a cat in a vets waiting to be admitted tomorrow and I’m at a loss as to what to do. The reality that Spring time has arrived has well and truly dawned.

We had a count up Saturday afternoon and we’ve over 20 feline kittens alone, the first of which won’t be available for adoption for another week and with no cats reserved it’s going to be a while until there is any flexibility at the cattery too (Keep an eye on our cat adoption pages).

My head hurts. No more animal juggling for me. Instead just a lot of saying ‘no’ at a time when we really should be saying ‘yes’.

We’ve embarked on a programme of cat neutering with the RSPCA vets in Salford. The amount of money we’ve set aside is £1.5k but in reality that will only neuter 60 female cats. At our recent rabbit and guinea pig roadshows we offered free neutering, and 19 rabbits were signed up. This will cost in the region of £1k (part funded by the wonderful Cavy Cosies). But, so what? £2.5k is a large amount of money for us, but in reality it is a drop in the ocean in terms of tackling over-population of animals.

Over the years I’ve heard many creative ideas about how to address the problem. My favourite to date came from an episode of ‘Undercover Boss’ that featured the Blue Cross. At the end it was decided that anyone wishing to use their London vets had to have their pets neutered. I don’t know whether this ever happened, or is still enforced, but what a powerful message to send out.

Perhaps the worst idea I’ve heard came just recently from a leading pet store chain  that is piloting a new scheme whereby baby rabbits are being sold having been neutered at 4-5 weeks of age. I am not opposed to early neutering, far from it, but there hasn’t been sufficient research into this field yet to determine the long term effects. Neutering prior to being fully weaned is uncomfortable to say the least for me, however, if the sentiment behind it is to reduce population numbers then there is some scope for feeling positive towards it, but at the same time I know that there are many people out there who feel this is just a crass marketing tool.

Ultimately there is only one way to reduce the overpopulation of animals in this country and that is to get companion animal owners to change their attitudes. One of the things I loathe hearing the most is people who have entire male cats and allow them to roam outdoors. It is so wilfully naive to think it isn’t important to neuter your male cat, but it really is just as irresponsible as letting out an unneutered female.

A call I took this week involved the story of a female cat who had just finished nursing/weaning kittens and had been ‘allowed’ to go outdoors. The cat was most likely ‘caught’ again because of prowling neighbourhood toms. For me this is just shockingly irresponsible on every animal owner involved and will ultimately lead to many more cats giving birth to kittens in peoples’ gardens, sheds, bushes and kittens being dumped in their droves.

This week a litter of 5 kittens were found in a rucksack in a random alleyway in Manchester. Those kittens were left there to die. And for what? The sake of £25? That’s how much it costs at the RSPCA vets to get a female cat neutered and chipped. Now I know it is not that simple. But did you know that two adult cats (male and female) can be responsible for up to 50 million off-spring? So, where is the moral sense of duty of companion animal owners?

I hear you saying that times are hard for millions of Britons, and you are right. But there are many animal charities out there who will offer financial assistance for cat neutering. So, for me, it’s all about priorities and motivation. For example, we ran a scheme Jan-Mar this year in a specific area in Manchester offering free female cat neutering. We even offered to transport the animals to and from the vets. Only 10 animals were signed up and not one of them has yet been neutered by their owner. The saying ‘you can lead a horse to water but…’ springs to mind. 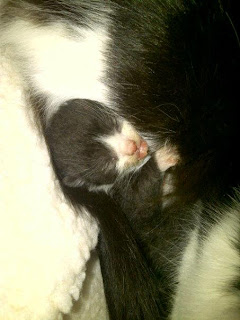 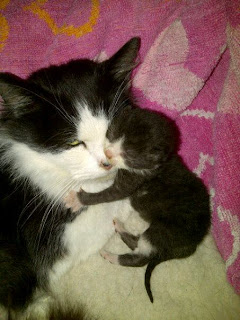 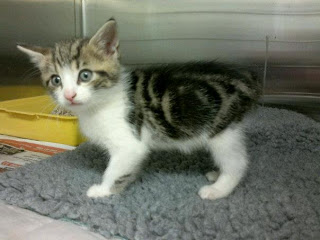 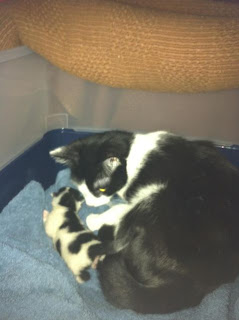 So, yes, I’m angry. I’m angry that now the kitten season is in full swing we have thousands of lives in jeopardy. We have animal charities nationwide struggling to cope and survive, and on a purely selfish note myself and my team will now work relentlessly round the clock ‘mopping up’ other peoples’ mess.

You want to be a pet owner? Then take responsibility and neuter your animal.