How To Measure Success 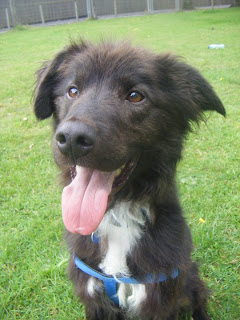 At the end of every month every RSPCA branch and HQ-run animal centre has to produce ‘SAWA’ stats. This stands for ‘Summary of Animal Welfare Activity’. Each time, for about an hour or two after collating these figures, I run on a high, or a low, depending on the outcome and then all is forgotten until next time.
I think the reason for short-lived elation, or disappointment, is because our achievements cannot solely be judged on statistics alone. For me and the staff it is about a more intensely personal relationship that we have with our ‘work’ rather than a broader picture. However, it does get me thinking; how do we measure our success?
I attended a workshop recently concerning the role of a Community Fundraiser. Within this there was a discussion on how to measure ‘Key Performance Indicators’ (KPIs). So, having seized upon this concept I began to explore what, in theory, would be our KPIs:

Whilst these are the most obvious and easiest ways of measuring success they are all more complex than they may first appear.
The number of animals admitted is dependent on available space, of which there is always a finite amount, despite what the general public seem to think. At our branch we only have eleven cattery pens and a handful of cat foster carers. We choose not to recruit more foster carers because we cannot afford the additional costs associated with taking in more animals.
To further illustrate, I visited a branch-owned animal centre in South Yorkshire recently. Their finances are so dire that they have had to close kennel and cattery blocks to keep costs down. This alone shows that measuring success on admissions is not as straightforward as it seems, especially if the ultimate goal is to manage budgets to ensure the charity can stay operational for the foreseeable future.
The number of animals rehomed is generally perceived as an accurate reflection of an animal charity’s worth. In 2009 we had a record year and found homes for 333 animals. 2010 saw the recession hit us hard and only 257 animals found homes. This year, to date, we have rehomed 197 animals, an average of 22 a month. Not bad? Well, actually, when you consider that July saw the worst rehoming figures of the branch in recent memory – just 9 animals were adopted – it demonstrates how dependent our rehoming figures are on external forces. Factors that affect adoptions can include:

1. The desirability of the animals available for adoption. Recently, we have had a massive influx of black cats and have struggled to find homes for them, simply because of their common colour.
2. The economic climate and its media reportage deeply effects ‘consumer confidence’ and the affordability of such a luxury as a companion animal.
3. Seasonal trends. The summer and Christmas holiday periods always hit our rehomings hard, this July being a case in point.
4. Our own rehoming policies. For example; we only rehome kittens in pairs (unless there is a cat in the home already) and we insist on large enclosure sizes for rabbits. Whilst these policies are based on best practice, we seem to be quite unique in implementing them. As a result, many potential adopters choose to go elsewhere to quicker and easier fulfil their needs and desires. This may prove disappointing, but our conscience won’t permit us to compromise on an animal’s welfare, especially after they have been rescued by an RSPCA inspector in the first place (98% of animals we admit are from RSPCA generated sources).

The number of owned animals helped is again directly related to the financial buoyancy of the charity. Over the last few years we have been very proactive in delivering community pet health clinics, but this year we have not had the money to run them and our budget has been a mere £300 a month for such activities. We share the money between us and the local inspectorate, effectively halving this monthly allowance. From that we choose to offer a maximum of £50 a time to owners of animals with immediate needs, such as euthanasia or critical vet attention.
The success of events is also a very difficult one to assess, as we have learnt to our peril this summer. Every experienced fundraiser has felt the pain and frustration of organising an outdoor event and then watching it ruined by an uninvited and persistent raincloud. This year’s summer washout has affected us to the tune of £3,000, a vast sum of money that we are desperately trying to recoup with more events.
Finally, the Solvency of the branch is particularly difficult to quantify because it depends so much on public support and legacies. We have really struggled over the last few years to juggle animal activity levels against unpredictable income. It is a challenge we continually grapple with and, if the financial situation doesn’t improve soon, we will have to face further significant cuts to our work.
So, having reviewed all the KPIs and considered all the pitfalls, how do we go about measuring our success? If I think about what motivates us as individuals it really is quite simple: a successful outcome for each individual animal.
There are just too many to highlight but dogs like Benny; a collie cross who was rescued weighing just 9kgs, now weighs over 16kgs, is receiving all the love in the world in his foster home and is receiving weekly hydrotherapy sessions to help with his muscle wastage. For us, it is outcomes like this that make us realise how worthwhile our work really is.
It does, however, mean that when we don’t succeed in overturning the neglect and suffering an animal has experienced we often take it exceptionally hard. The loss this year of Sian, Bilbo and Morag are, thankfully rare, examples of animals we had to put to sleep, despite pouring all our hearts and efforts into trying to ‘fix’ their problems. At times like these, we can’t help but feel a sense of incredible failure and helplessness, as well as renewed distress towards the cruelty or misfortune that has conspired to put such beautiful creatures into these terrible situations. And yet, it is only through a passionate focus on each individual furry that we can truly measure our success, and that success is something that is felt deep down, beyond the graphs and statistics. I think if we did not have such compassion for each and every animal (and yes, we do pick favourites!) then we perhaps shouldn’t be here at all.
With thanks to Mr D for making this happen x