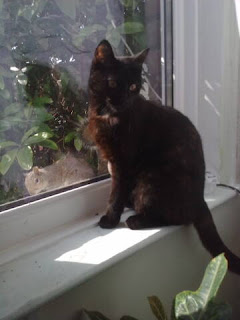 There’s a part of me that has been feeling guilty for not doing my blog in a while, but the truth is I haven’t been able to face it. When I thought things couldn’t get much worse, they did, and the last week has been really stressful and for the first time ever I have genuinely not wanted to go to work or do my job anymore.
I can’t go into the ins and outs, more because I don’t want to, but needless to say it has involved an animal and the result of human neglect and a desperate fight to give a beautiful creature a second chance at life. I’m pleased to say that so far we are winning the battle, but it will be at a cost, but one we decided worth every penny.
So, excuses over, let’s move on to some happier times. We’ve had a busy old week or so. We admitted two 9 month old pups that were being kept in a car outside the owner’s home because the landlord, who they live with, would not allow them to have animals in the home. We took in Duke, an Akita/GSD, from a home where the owners could not cope. He was discovered following attendance at the home by police and social services. He’s a handful but absolutely gorgeous.
And we have had a run on cat rehomings too – I had the absolutely pleasure of delivering Frodo and Inky to their new home on Monday and it was just fantastic. The cats were so chuffed and their new mum and dad were so chuffed and it was a true happy ever after.
We have some more cats reserved, including a scrummy ginger teddy we have called Bear. He is a proper old man but loves to play and, the most endearing thing of all, he has a wonky face! I swear I am not joking, he really has got a wonky face.
This week we are also getting in an amputee cat, another abandoned cat and two bunnies from our Pet Retreat scheme. Oh and Sailor the dog has been officially adopted and being well behaved except for chasing the poor cats!
We have been having a peculiar run on abandoned cats with severe dental disease of late and all requiring lots of extractions. It tickled me actually to learn that you are charged by each extraction – there’s an incentive and a half!!! We have also had a good run on rabbit rehoming and have two more on their way out pending successful ‘bonding’.
So, whilst I may feel like I have been living under a dark cloud of late, I suppose, on reflection, there has been quite a strong silver lining to it all. To cheer me up further my colleague Catherine got this amazing picture of our cat Pippa in foster care talking to a very tame squirrel. Enjoy!