Some of you may recall Bobby from our blog earlier in the year. He defied the odds to recover from one of the most horrific cases of ignorance and neglect we had seen in a while. Alas, since then more animals have come into the care of RSPCA Manchester and Salford Branch that have equally distressed and dumbfounded us but all the while Bobby has been quietly fighting for survival all over again.

When Bobby was well enough for rehoming we shared his story of recovery with you all, but little did we know his journey had only just begun. Bobby quickly disappeared from the adoption pages and commenced a 4 month period of uncertainty as he battled a liver infection.

We learnt that liver infections are more common in juvenile rabbits than most people know and because the liver regenerates most owners won’t ever ‘see’ any symptoms in their baby bunny much more than drinking too much. But how many of us really know how much is too much? The juvenile bunny typically repairs themselves without any of us knowing there was ever a problem in the first instance, but in Bobby’s case his water consumption was unmissable. Blood tests confirmed it was his liver function causing the problem so he began a long course of treatment. 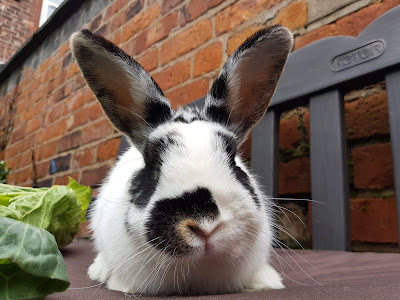 Weeks went by and Bobby hit puberty with gusto. This meant he had the overwhelming urge to mark his territory (something normally we can stop with neutering!). It was not his fault, he had become a slave to his hormones but he could not be neutered due to the risk of the anaesthetic effecting his liver further and hampering his recovery. His water consumption  was upwards of half a litre a day and this hormonally charge mini-beast was unable to stop himself from peeing everywhere but in a litter tray. Months ensued of mopping and cursing and filling his home with as many litter trays as was humanly possible but it still did not deter him. It wasn’t just me that became fed up with the mess, my own rabbits became fed up living alongside him being so offensive.  Normally tolerant of any lodgers, Reenie and Donk decided to fight back with their own wee wars, driving me to distraction! After 3 months of wading through wee in my house I was at breaking point and there was no sign of pending recovery.

Of course I couldn’t give anyone else the burden of looking after him and we couldn’t afford to board him where the bunnies are kept.  I had no choice but to continue but had by now lost all hope of him ever recovering. The exotic rabbit specialist vet, however, was certain Bobby had a positive future ahead of him and whilst he was growing and thriving in all other respects I confess to having deliberately stopped myself from forming an attachment with him. To be honest this wasn’t hard because he was just so dirty! By now not a single wee or poo landed in a litter tray and my floor was ruined. Admittedly a small price to pay for saving a life, but I would have been a millionaire by now had I got shares in kitchen roll!

At the end of a long summer and when another blood test revealed no improvement in his liver I felt so disheartened. I just couldn’t see any hope and began to fear for his future. And one day it popped out. “I love you Bobby”. As soon as I had said it I caught my breath in shock. But he then did a massive wee on the floor and I went back to grumbling again! 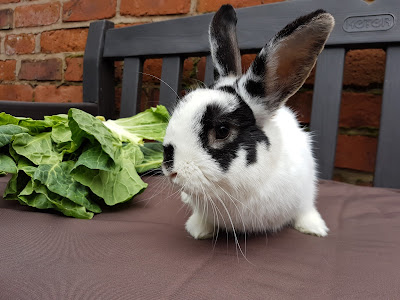 What came of Bobby’s frequent medicating actually surprised me. You would have thought he’d be opposed to being  picked up given the amount of injections and oral medication he had but quiet the opposite occurred.  Now don’t get me wrong, he’s evasive of capture, but once in your arms he is relaxed and easy to handle. This was in massive contrast to how he was as a baby, but who could blame him given how sore he must’ve been to the touch. Bobby had also grown in confidence, seemingly helped by his testosterone and he no longer was scared of people, the resident dog or other bunnies. The latter was my greatest source of happiness because I never thought he would be able to be paired with a companion after the horrific attacks he endured as a baby. But now I could see there was real hope that this lad would want a lady rabbit friend to explore and enjoy life with.

I went away for 2 weeks in October and so Bobby boarded at the vets (in the holiday  section). I returned to the news that his water consumption had begun to drop and over the following 2 weeks at home I continued with the daily routine of measuring how much he was drinking. After a month of being off medication and a decline in his drinking we repeated the blood test. Finally we had the results we had been waiting for: Bobby’s liver function was stable, there was no more progression in the disease and he could be neutered! My joy was palpable!

Within 3 weeks of being neutered Bobby had stopped peeing everywhere and my rabbits had lessened their own wee retaliation. My little fighter, who had become part of the furniture, was finally ready for rehoming. So it is with a huge sense of relief, albeit tinged with a heavy heart, that we now search for a special home for this extraordinary bunny. He is without doubt one of the RSPCA Manchester and Salford Branch’s greatest triumphs this year and after 6 months and roughly £460 of veterinary costs it is my wish this Christmas that he finds a home as a cherished house rabbit. 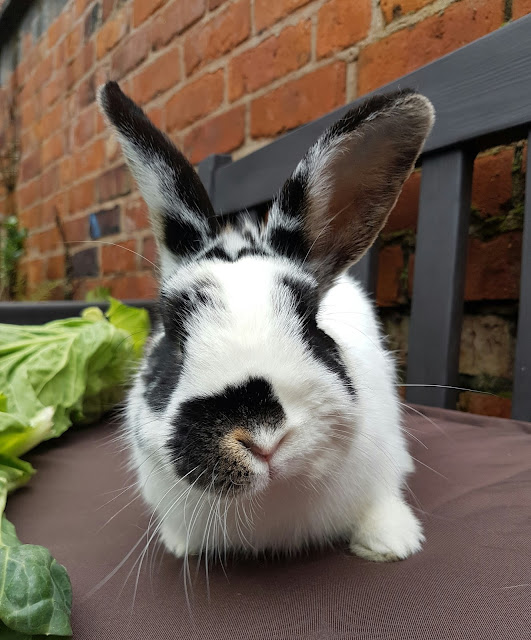 So why adopt Bobby? To give him the chance to blossom into the cheeky adventurer he is desperate to be. So he can wrap you round his paws to get extra veggies from you. To give a true survivor the outcome he deserves, and to save me from myself! But above all to support the work of the RSPCA M&S and enable us to help many more animals in desperate need like Bobby.

Without your help, through adoption, donations and gifts for the animals, we could not continue to do what we do. Sadly there are many more animals like Bobby who need us. You can make a difference to his life and so many others and be reassured that we are there for them.

Throughout December we will be sharing our animals’ (past and present) wishes to Santa on Facebook & Twitter! Be sure to follow the hashtag #rspcasantawish and see if you can help make any of their wishes come true this Christmas!

If you would like to make a donation so we can help more rescued animals this festive period please TEXT WISH27 £1/2/3/4/5 or £10 to 70070
Alternatively, you can donate online via Just Giving!

You can also see our animals Santa Wish Lists here! 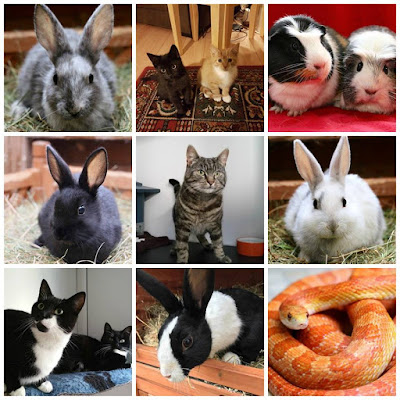