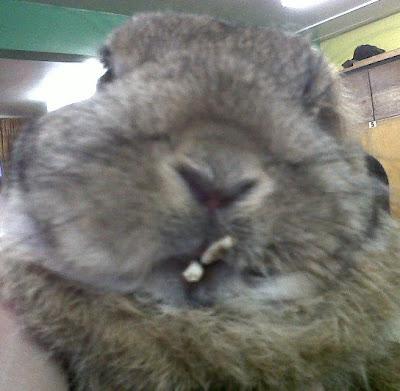 Introduction
On 13th and 20th March the all new ‘Rabbit and Guinea Pig Roadshow’ took place, developing on previous rabbit welfare clinics to incorporate guinea pigs due to their similar welfare needs and the ongoing myth that the two species should live together.
The roadshows were only able to take place because of the generous support the branch received from Supreme Pet Foods. As a result, not only were we able to expand to two dates and include an extra species, but we were able to offer the services of an additional specialist vet and a range of free product samples and life-enriching toys/products at a very low cost. We were also fortunate enough to receive support once again from hay producers West Wales Willows and give each animal their own bag of Timothy hay and willow stick to chew on too!
What We Hoped to Achieve
The aim of the event, as always, was to educate pet owners on how best to meet the welfare needs of their animals. At previous clinics our enthusiasm to do this has seen us try to cover too much in one go and likely loosing the value of the messages along the way. So, this year, we simplified things and focused on diet and dental health.
How We Achieved It
We approached the task by getting everyone to complete a quiz sheet on arrival to test their general knowledge on their chosen species. Once they had been seen by one of the exotic vet specialists they then went to see an advisor. Each advisor was chosen for their exceptional experience of caring for their own rabbits and/or guinea pigs. They all attended a training session prior to the events on best care practices for these small furries based on advice from Molly Varga, exotic vet specialist and advisor to Supreme Pet Foods.
Once this process was complete each animal received a free packet of Science Selective food and a bag of hay in order to endorse the advice that was given out about the dietary requirements of a rabbit and guinea pig, i.e. 80-90% hay based with just an egg cup full a day of high quality pellet food. If we could have afforded it we would have given out spring greens by the dozen too, because rabbits and guinea pigs really benefit from a wide variety of leafy greens and root veggies but not the abundance of carrots that Bugs Bunny purports they should eat – damn that wabbit!
The quiz certainly seemed to do the trick as it got people thinking; many realising they didn’t know quite as much as they thought and were given an answer sheet to take home with to enable them to improve the quality of their animals’ diets and care practices. The proof of the pudding will really be next year, when we can hopefully repeat the events all over again and invite everyone back to test their knowledge and practices once more! But for the time being, here are the results of our welfare campaigning –
Outcomes
At each event we had:

We saw a staggering total of 199 animals in just eight hours!

This broke down as: 92 rabbits and 107 guinea pigs, of which 21 rabbits were microchipped.
Reflections
What surprised us the most was the evident need there was for welfare support with guinea pigs. We had long known about the existing need for rabbits, and hence the annual rabbit-only health clinics the branch had been running, but it really was a shock to us all to see guinea pigs outstrip rabbits in attendance figures.
We feel this was in part due to two reasons: more people are inclined to keep guinea pigs in pairs or herds, whether intentional or not, and because the article that was printed in the local newspaper for the first roadshow date stated it was a ‘guinea pig and rabbit roadshow’ and so maybe this ordering of species may have captured more guinea pig owners eyes.
Grim. Is the only word we can use to describe the number of people who readily reported to the vets that they were breeding their guinea pigs (and some rabbits) to make money or to exchange for food at the pet shop. Few were willing to listen to reason and one woman even snapped, “I’ve not come here for a lecture.” Yet over the two roadshows she brought along some twenty animals to be health checked, saving her around £400 in veterinary consulation fees.
We also offered further assistance to some very needy animals who required further follow up veterinary attention. For example, one owner had three adult rabbits perpetually breeding because they could not afford the neutering costs. Not only did we transport the animals for neutering but paid full costs too. We also took in the last of the litter they had, one of which had congenital deformities, which resulted in euthanasia on welfare grounds.
Another case was a guinea pig that had been overly enthusiastically played with by her young carer and broken its leg whilst going down a make-shift slide. We offered financial support towards veterinary treatment and advice on future care practices.
We issued a number of other vouchers for neutering assistance and took in another rabbit that had been dumped in a children’s playground a few days previously that was discovered by one of the attending rabbit owners.
Overall
Of all the animals we saw, the little chap pictured really encapsulates why the branch is so motivated and committed to these small furries.

He was found stray by his new owners. They were completely new to rabbit ownership and were unaware of what was ‘normal’ they had the roadshow advertised and brought him along for a ‘once over’. Upon examination it was found that at some point he must have had his upper incisors out, a stupid thing to do because the lower incisors were left with no upper teeth to wear against and so they grew wildly outwards as you can see in the image.

How the little lad was still managing to shovel food in was a miracle, but his new owners, undeterred by his pending £100 dental treatment to remove the lower incisors, went off for nutritional and care advice so they could do the best by him for the rest of his life.

For us, it doesn’t get much better than this, and so on behalf of all the animals who attended the roadshow we would like to say an extra special thank you to:

Supreme Pet Foods, our fantastic team of volunteers, vet specialists Sarah Pellett and Molly Varga, West Wales Willows and Polly the guinea pig stall lady for all your help, support and dedication to these wonderful creatures.