by RSPCA Manchester and Salford Branch | May 7, 2012 | Blog, Uncategorized | 0 comments

One Saturday afternoon, toward the end of January, I was out shopping with my husband when I received a rather distressing call; it shocked me to the core. It was from one of the inspectors out on a job. (I always keep my phone on 7 days a week so the inspectors and our animal carers can get hold of me whenever they need me.)
I listened in horror as I was told about the extreme case of neglect the inspector had discovered that very afternoon. In the backyard of a suburban home was a rabbit in a hutch who had not been tended to in over 4 weeks. The owner readily admitted she had not been out to the hutch since before Christmas. In the hutch was an emaciated rabbit alongside a dead companion. Her companion had starved to death. To make matters worse, if that’s possible, was inside the home were to much loved and well cared for animals: a cat and a dog.
The surviving bunny came straight into our care. She was very thin, had little muscle tone and her legs were just sticks. She spent days just eating and we named her Twiggy!
Last week her owner was successfully prosecuted and received a 5 year ban on keeping animals, a curfew order, a fine and ordered to rehome her cat and dog (to her mother). This is a pleasing result but it made me wonder what would the sentence have been had it been a cat or a dog that was left to starve to death?
This week I took part in a piece on BBC Radio Four about rabbit abandonments. It was a thought-provoking piece about the cost and commitment involved in caring for rabbits and how they are akin to looking after a dog or a cat – £11,000 over the course of an average life time.
I didn’t hear the end of the show, but my husband did, and apparently there was a quite a response to the piece. “Great,” I said, until he told me that people were derrogatory, dismissive and even provocative – essentially amounting to the prevailing notion that as a species they garner little respect and certainly not of equal status as a cat or a dog.
Luckily for Twiggy we do consider rabbits have equal status to any other species and after several months of rehabilitation Twiggy is now a very happy and healthy bunny looking forward to a new home living as a house rabbit with a neutered male companion.
This week has been RSPCA Week. It takes place every year and allows us to celebrate our achievements and raise much needed funds. We are kindly given the opportunity to collect in Tesco stores and we try to get as many volunteers together as we can but inevitably it’s the same few people doing more than their fair share. But this year we were really lucky and got some new folks volunteer, which meant we were able to collect for longer and raise more money than usual.
This time we managed to collect in 2 stores over  3 days and it has really paid off because we have raised the fantastic sum on £1150! This money couldn’t have come at a more opportune time as our 22 kittens are growing fast and will all require neutering, vaccinating and microchipping and this amount will almost cover these costs.
We actually ran out of kitten food this week until one of the staff came back from collecting in Tesco with 6 boxes of food. I’m still waiting to find out the story behind this lifeline but I’m guessing a kind shopper donated them to us. This will keep us going for a few more days but with 7 hand-rears nearing solid food time we are going to need lots more food very soon. We don’t have a budget for food because we can’t afford the cost, so we rely entirely on donations. It’s times like these though that we get quite anxious about feeding the many mouths.
Thankfully some of the kittens are now available for adoption and if you want a cute kitten overload check out our cat adoption page. We only rehome our kittens in pairs or to homes where there is already a cat. This policy is scrutinised, critised and questioned on an annual basis by the public but the reason for it is quite simple – kittens need contact with other felines to enable them to learn essential communication and socialisation skills including bite and claw inhibition. And if you have ever watched two kittens playing you’ll truly know why it is so enriching and vital for them to be with their own kind.
The kittens that we have are black or black and white and because of this they will be overlooked. People prefer tabby, gingers, greys, not common-all-garden’ colours and a case in point was someone who called wanting a kitten but rang off as soon as she heard what colours we had. I couldn’t make this stuff up if I tried. 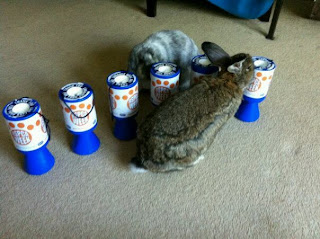 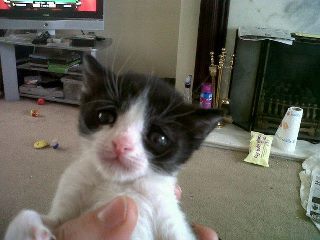 So, as we start a shortened week we have something rather crazy to look forward to on Saturday 12th May. We have a team of 29 brave souls abseiling down the tallest lighthouse in Europe in aid if our animals. Wish them luck everybody!