The Joy of Kittens 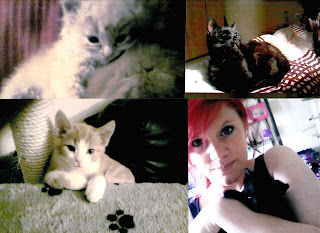 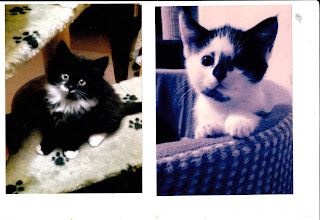 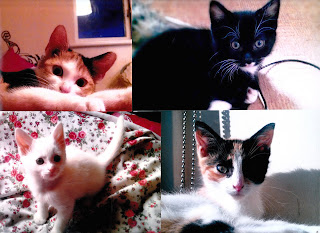 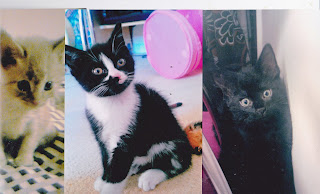 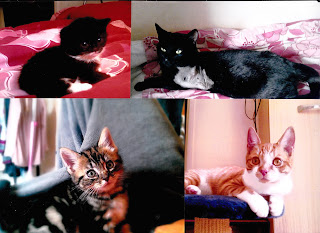 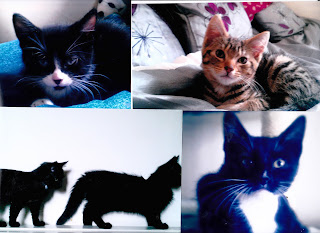 This week we have a guest blog from one of our wonderful foster mum’s Carmen Holland.

You look around to see another pair of headphones have been destroyed and the culprit is now running around the hallway, dripping wet and looking rather startled having just jumped into the toilet.

Meanwhile little Bowie is calmly making his way around trying to make friends with everyone, but is not finding success with Ruby who just wants to follow her brother Rio around, whilst he shows off to everyone because he just knows he’s the leader of this gang. Flori is lying on the bed watching them all in what I like to think is a rather judgemental manner – because she’s older and finds all this childish behaviour rather embarrassing. Of course, I can’t give her attention because Pippa leaps onto me, determined to be centre of attention and not let anyone else have a minute of my time. You would be forgiven for thinking this was a segment of the life of a large family. Which I suppose it is – it’s just a bunch of kittens instead of children.

We have been fostering rescue kittens for just over a year now. Fostering simply means that we give these kittens a home until they are adopted into their ‘forever’ homes. Our first little lodger was a tiny black kitten called Oscar. He was only a couple of weeks old when he was found stray so he needed to be hand-reared, which meant making up specific kitten milk and feeding him every four hours. I remember being terrified that we weren’t doing it right and worrying he wasn’t warm enough. Of course everything we were doing was right and he left us as a very healthy and energetic kitten. Since then we have hand-reared seven more kittens, so it’s fair to say we’re now pros at assembling a feeding area of blankets, milk formula, warm water and cotton wool balls (for helping them go to the toilet afterwards).

It’s rarely plain sailing though. Whether they come to us very young still in need of a ‘mum’ or they are older and they just require love, we often have problems. The story of them being dumped is all too common a tale to hear and this was true for three little kittens that came into our care last November, who we called Bret, Jermaine and Murray. They had been found dumped in a box in the freezing winter conditions in someone’s garden. For little Bret this terrible start to life got the better of him and he spent the little time he had unwell. In the end the decision was made to end his suffering and he was put to sleep last December. I remember thinking that it was my fault and I did something wrong, but a text from the branch manager Susie reminded me that it was a miracle that two of the three had survived after being so young and having such an unconventional start to life. Jermaine ( now Tigger ) and Murray have now got a brilliant home and I’ve just been invited round to see them for their 1st birthday!

After putting together a scrapbook of all the kittens we have fostered, we’ve discovered that we’ve had 27 cats in total. All different sizes, colours and ages, but all with the reminder of just how cruel people can sometimes be. It’s a truly lovely feeling when you take in this vulnerable life and watch it blossom from love and trust. Our bedroom has now become the ‘kittens’ bedroom’ because it is dominated by play tubes, plastic mice and ping pong balls.

When we have potential adopters come by to see the kittens we are always asked the same question; ‘How do you let them go?’ But I’ve now realised that letting them go is the best bit. Knowing they have found safety in their ‘forever’ home is what this is all for. We are just a small cog in this machine. I’ve often been left amazed and in awe by how much work the branch do on such a small number of staff and volunteers. A daily look at the RSPCA Manchester & Salford Branch facebook page shows you how they never stop working for these animals. I would encourage anyone who wants to get involved in whatever way to do it! You really do get the best feeling reading a success story and knowing that you had a small part in creating it.