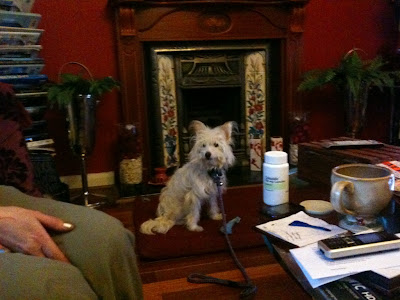 It’s been a good week for a number of animals who we had feared the worse for – Gregory the bunny, Twiglet the kitten and Sian the dog. All three had varying health ‘problems’ but after investigation (a lot in Sian and Twiglet’s case) the suspected health problems turned out to be either insignificant or ok. The relief for us all is enormous.

There just simply isn’t anything worse than having to make a decision about the life of an animal (unless of course they are very obviously suffering) and it is something we all deeply loathe doing. Thankfully this time it has all worked out and we will be able to find them homes soon – it is such a relief, and a triumph and makes all the worrying (and cost) worthwhile. No, actually, it what it really makes you feel is that you are doing your job: helping to successfully rehabilitate animals most in need, and it doesn’t get much better than that.

This week has also been a great triumph for our guinea pig Caesar. He was rescued from a home of over 430 animals and had had little or no handling and was a completely freaked out, skittish little fella. He lived with his brother (and best mate) and they seemed content together. But, tragically, his brother Dante had a stroke and died at the beginning of the month leaving a very frightened Caesar alone. We gave him a couple of weeks to adjust and then had him castrated to increase his chances of finding a new friend.

We opened our doors to a number of new animals this week – 2 kittens, 4 cats and 1 dog.
One pretty surprise was a cat called Clover. She is only about a year old and suspected to have been in an RTC and had clearly been coping with a terrible leg fracture for sometime because the leg had quite bad muscle wastage from lack of weight bearing. Can you imagine how awful it must have been for her coping with such a terrible injury?

Thankfully a member of the public found Clover and called the national RSPCA helpline and on Monday she had her leg amputated. Now, I just assumed it was a back leg, but when I collected her on Thursday I was surprised to find it was a front leg that had been removed. It made me realise that I don’t think we’ve ever taken in a cat with a front leg amp before, only dogs. How strange, huh?

Clover is a little overwhelmed by her ordeal at the moment but is coming round and beginning to adjust to her change in circumstances (in more ways than one) and hopefully, soon, we will be able to find her a home as a house cat (to minimise the chances of any other RTCs now that she is less mobile). One thing is for sure, I know we will do our best by her.

Pictured above is Ruben. He was in such a state that it was difficult to watch, as he trembled with such abject fear on his first day in our care on Friday. His owner had died and was left with a family member who was unable to care for him due to having Alzheimer’s. Catherine collected him in the morning and he was so petrified that we couldn’t get near him to do anything other than vaccinate him. He is only 12 months old and was frightened of his own shadow.

Catherine called me to tell me how bad he was and how we just couldn’t put him in kennels. This, of course, left us in a desperate panic because we don’t have any dog fosterers at present due to ringworm and bereavement, so panic set in! But thankfully, not for long, because our friend Sue jumped at the chance of fostering him and in less than 24 hours she has performed miracles with the little lad and he has settled in really well. We are now feeling a lot more hopeful for him and there is every chance we will be able to rehome him sooner rather than later. Please keep everything crossed for the wee chappy and hope that he continues to blossom.

The last challenge of the week has been event organising! This is something I really enjoy doing and usually find quite straightforward, but I have to confess I am stumped with a particular one we are keen to do and so I’m appealing for help, please!

National Vegetarian Week is w/c 23rd May and we want to do a ‘Veggie Grub and Booze Tasting Night’ during that week. It turns out it is also Chorlton Arts Festival week so I can’t find any suitable, available venues in that area. If anyone has any suggestions for venues in the Sth Mcr or city centre area (that are in our catchment area) I would be so grateful to hear from you. My brain is bored of me thinking about it so much so please rescue it!