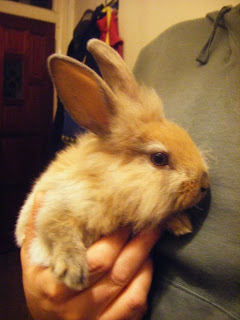 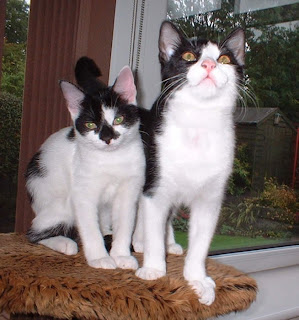 The last seven days have been shot through with ups and downs.
The best thing by far was receiving more contributions to our rabbit appeal in the form of toys and an amazing cheque donation of £100. We also, last thing on Friday, found out that 417 out of 433 of the North Yorkshire case animals have been signed over. This means that we can soon get on with the task of having our group of 27 kitted out, ready for rehoming. This coming Friday Hannah and I will begin the enormous job of get them all posed and photographed so we can begin the process. Taking photos of bunnies is nowhere near as bad as photographing cats but still requires plenty of bribery in the shape of herb salad! I am actually really looking forward to it because it means that we can do what we do best – rehome animals!
Of course it also has a darker side because a small number are in quite a bad way and the kindest thing is to end the suffering of some of the ones that are in a bad way, and today I have taken Howie and Harrison to the vets to do just that. They had chronic dental disease and we just couldn’t keep them going; it was unfair on them. And tomorrow morning I’m taking Bryony, who is incontinent, largely it seems because she has an abnormally small bladder. Further tests have suggested she may have an internal haemorragh too, so again, there is little choice left.
Arguably, for me, it is the putting to sleep animals that we have rescued that is the most difficult. I’m able to say that because I am not an inspector and don’t see how badly they were treated originally. But from my role as rehabilitator and rehomer I feel like a failure when we can’t give them what they deserve. I am feeling a little low, but I know in my heart that it is the kindest thing to do what we’ve done, it just hurts knowing we couldn’t undo what what was done to these beautiful, innocent souls.
The cat flu is still running its course through the cattery so I can’t see us reopening for another week or so. But despite this we have had people visiting and today Zena and Phoebe have been reserved and tomorrow someone is going to visit Harold – the cat flu perpetrator – so please keep everything crossed for him.
We also saw two more dogs go to their new homes this week – Buster the one year old lab cross and collie pup Sophie. They are both real handfuls so I always get quite anxious about them being returned but we will keep everything crossed that it works out for them both.
Last month, despite the closure of the cattery, again, (for ringworm) we still managed to rehome 22 animals, but I’ll be honest, I am so worried about the future with all the dramatic government cuts and job losses. Only at the weekend I read that 4 prisons are to close and there will be further massive cuts to the prison service with 8,000 job losses. Where will it end?
We have experienced the effects of the recession first hand for quite some time but this weekend brought it really home to me. We have two gorgeous kittens, Jacob and Bella (pictured), who have been with us since the beginning of July and for some reason they keep being overlooked. We finally had someone lined up for them when they got the awful news that they were being made redundant. Obviously they made the sensible decision to not go ahead with the process of adopting them but I just can’t help but think that this is the start of things to come and I’m very worried indeed about the implications on animals.
The last news I want to share is the loss of our baby boy Horace (pictured) under anaesthetic. He was one of seven baby bunnies abandoned in a box and had been happily causing mayhem in my foster care. He went for castration last Thursday and his heart stopped whilst he was under. It was an absolute shock but I couldn’t help but feel more sorry for the attending veterinary staff because loosing rabbits under anaesthetic is just so rare to me (we use rabbit specialist vets and Horace is only the 2nd in about 1000 that this has happened to). I don’t know if there is anything after death but I do like to picture our animals running free in glorious sunshine and fertile fields – so I hope that Horace, Howie and Harrison are there enjoying the life they should have had.
Let’s hope we can make a difference to the animals we can help.