A ray of inspiration 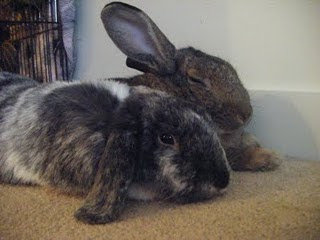 It’s proving to be a very difficult time for the charity at the moment. We are facing the New Year with intrepidation as we have to find ways to make thousands of pounds worth of savings to ensure the branch has a future. It has been a combination of things really that has led to this desperate state, but none more so than loosing £100k in cash and assets as a result of a legacy overpayment and devaluation of bequeathed stocks and shares this year. We also haven’t had the money come in that we needed this year to run our services and so we’ve had to take a huge chunk out of our reserves to pay. And of course we’ve had more animals needing to come in than ever before, many of which have been very ill and we’ve seen the average cost of caring for one of our animals go from £240 in 2008 to £290 by Sept 2009.
Times are now officially hard at the branch and we are on ’emergency rations’ and having to cut back on as much as possible. What is especially depressing is that I can count on one hand how many animals we have rehomed this month. It’s particularly sad seeing kittens growing up in foster care when they should be in a forever home being loved and enjoyed by their new family. I have two who have been with me since 1st October. It’s getting really hard because I am so very attached to them and them to me too. I want to see them find a home but I will be heart broken when they go.
I became increasingly despondent by last weekend, as you probably saw from my previous blog. I was feeling the strain somewhat and I had lost one of my beautiful animals unexpectedly and was struggling to find much reason to be cheerful. But today, someone I have the pleasure of calling a friend, has written the most amazing blog. I found it so breathe-takingly beautiful that I just had to share it with you all. It is simply inspirational and has come along at a much needed point in time. I hope you feel as enriched as I did once you have read it all through.
http://abarrelroll.blogspot.com/2009/12/on-animals-delphi-and-george.html
And if that wasn’t enough, check out our top billing at:
http://www.worldanimalday.org.uk/2009/UK&Ireland/EventsReport.asp