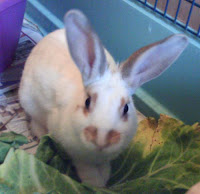 I truly don’t know if we are coming or going this week and it’s only Thursday!

Last week was, all in all, a good one! Even though I worked 7 days in a row and I’m still exhausted, we saved a 4 week old kitten from dying and we raised over £1000 on our Mutt Strutt, which is simply phenomenal. Thank you so much for everyone’s support and kindness as this money will really will go a long way to helping both us and the Nowzad Dogs charity.

This week has been a bit less forgiving and started on Monday with an answering machine that couldn’t take any more messages it was that full. And why? Because everyone loves a pedigree dog. It’s sad but true but Misty the Weimaraner has received an unprecedented response after being on the national RSPCA website over the weekend. The response has blown us away, so much so we stopped taking enquiries a few days ago and have taken her down.

I am pleased to say that we have found a potentially wonderful new home for her and several other of our dogs this week too. Jake the lab pup got snapped up in a matter of minutes of being listed, so did Sasha the Elkhound and Seb the staffie, and our beautiful poppet Missy went to her new home yesterday! Hooray! So as you can see, we have been very busy indeed.

We have also had a few poorly animals this week and a couple of life and death situations and sadly it was not a happy ending for one. We also have suspected ringworm – my worst nightmare – and so until the results of the tests come back we have closed the cattery and no visitors are allowed and the ‘suspect’ has been isolated in our downstairs office.

I was really hopeful that we didn’t have it, until I found out that two friends have ringworm so it does seem to be going round. As long as none of the cats in the cattery have caught it and it’s isolated to the little girl in my office, I’ll be happy. I really just can’t think about the worst case scenario as it could take weeks to clear if everyone else has it and of course that means no rehomings and not taking in any newbies, which would be a disaster because this last week has seen another massive influx of cat/kitten rescues and the inspectors are seriously struggling to find places for them all. I think we must have turned down over 10 this week, but hopefully other branches have been able to step in and take them in.

Doris at the Tamesdie branch is always a diamond for finding space when we’ve run out. Doris is fantastic and runs the cat side of things single-handedly as a volunteer. She is retired and seems to have unlimited amounts of energy. I really think she is amazing. I do wonder what animals would do without the likes of Doris’ in the world and thank goodness they are there for them.

In my office currently is 3 cats, approx 9-10 months old, that have been almost exclusively confined to a rabbit hutch for the majority of their lives. It is the saddest thing to see animals that are essentially agoraphobic. It is going to take some time to rehabilitate them but I’m hopeful that we will because our sweet bunny girl Tasha had a similar history and came into us at 8 months of age having spent her life confidned to a small hutch. She too was frightened of open spaces but she has made such progress now that we have been able to put her up for adoption this week.

If anyone has any top tips on how we can help the cats we would be really grateful to receive them.