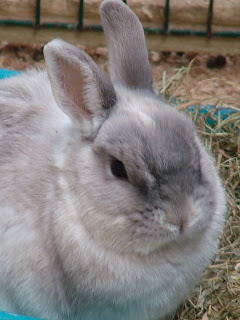 I’m sitting at 7.30am on a Saturday morning wondering why on earth I’m not in bed on my day off…..

Thinking back on the last 7 days I realise we’ve had quite a busy week. So I thought I’d share what’s gone on.
Last Saturday we held a free pet health clinic for people on low incomes in Old Trafford. We had quite a good response with 68 animals attending, including a parrot and a tortoise. I love it when we have exotics turn up cos we also employ an exotics vet in the hope of helping them too.
Then on Monday evening we had our ‘Meat Free Monday’ food evening and it went down a storm. We had a full house and raised £260, which is just brilliant. And there was plenty of compliments to the chef – that being me, which was nice. And everyone staggered off home having eaten far too much!
And then we got busy with the animals….this week we have rehomed Polly and Fluff the kittens, Luke and Lavendar – two cats we rehomed as kittens exactly one year ago but had them returned just over a week ago for financial reasons went yesterday (can’t tell you how pleased I was that they weren’t around long cos I fostered them as kittens, so it was all quite sad), tomorrow Freeway the cat is going – he’s only been with us a week, and I’m hopeful that by the end of the day Chase and Tinker will have reserves too.
Which means we have a number of newbies in including…
….two lil biddy kitties that were found down a ginnell in Salford. There mum had clearly given birth outdoors as a stray. They were extremely riddled with flea dirt, bellies chocker with worms and they were grubby as anything. Apparently there was two others but they were the only ones there were when the Inspector went to get them. They are about 7 weeks old and ginger and white, we’ve called them Rolo and Twix, and they are very frightened at the moment so it will be a few weeks before they are ready to be rehomed, bless ’em.
…then we admitted Katrina and her two kittens who came from the animal hospital – they are all gorgeous. 4-5 week old little boys we’ve called Simeon and Riley – one is black and one is tabby and they are scrummy, yummy little chunk monsters and mum is a beautiful pretty little black cat.
…and then we took in Smokey, who has been in an RTA and has a paralysed back leg that he drags around with him. It is hoped that he will regain sensation in it and so he is on cage rest for a couple of weeks and if no joy then he may have to have it amputated. Smokey is just a delicious, cuddle, snuggle monster but it will be weeks before he can leave us. His owner requested he be put to sleep, but thankfully she gave permission for us to take him in and has allowed us to rehome him, which is a huge blessing for him cos he has plenty of lives left in him.
…and lastly, we took delivery of a pretty 4-5 month old grey and white little girl, whose owner couldn’t keep anymore. There was another young cat too but when the Inspector went to collect the lady decided to keep her.
So, indeedy, quite a few goings on, but, in true tradition, I am saving the best till last…..
Ben, our longest stay dog, (see previous blog) has found a home! He has gone to live with one of volunteers, whose been with us for years and is absolutely wonderful. She has another dog and they have been having regular introductions and finally, on Thursday, Ben went to the house.
Ben utterly disgraced himself in true Mcr & Salford style-animal antics-kind of way. Ben is obsessed with toys and quickly found his ‘girlfriend’ Tia’s toy box and had all the toys out, then he start ragging his new bed and gathering it up and humping it, and then he started humping on the sofa too! What a disgrace. He was probably just very excited and happy but even so – tut.
Ben’s first night went well and it will take time for both dogs to adjust to one another and the change to their environment but we are keeping absolutely everything crossed that this will work out. So please will you do the same?
So, after my essay on the week that was, I’m off to clean out the bunnies. Oh, and if you are in need of a bunny update, check out http://www.rabbitrehome.org.uk/ – our Hannah took new photos of the gang (the pic is of JJ) and there are even more fab piccies up there – check out Sophie. I can also tell you that newbie Jennifer (who was found allegedly stray) has had the all clear on her syphilis now too.
And that was the week that was!