This week we feature a guest blog post by Dave Hartley, volunteer & trustee for our branch. It’s the 5 day countdown until our Imperial War Museum Zipslide Challenge on Saturday and here are his thoughts……
In my other guise as a cruelty-fighting animal welfare vigilante (hah!), I spend a lot of time acting as a trustee and volunteer for the Manchester & Salford RSPCA. I don’t say that to brag – over the past couple of years its become an important part of who I am and a vital part in shaping my philosophies on the world in general (click to read the quarterly newsletters I put together for the branch). And those philosophies extend far beyond my opinions on animal welfare; working just one event with the M&S RSPCA can expose you to sudden truths of economic hardship, capitalist mythmaking, human depravity and uncharitable ideologies, to name but a few of the worst illuminations. On the flipside, this particular strand of the RSPCA features some of the most brilliant examples of human beings I’m ever likely to come across, who devote entire planet-fulls of compassion, energy and time into the restoration of life and wellbeing for the most neglected, unfortunate and bewildered animals our country has had the bad grace to spit out and abandon. My input is but a tiny scratch in a deep canyon of compassion.

So yes, I’m trying to raise some money. We have this event coming up on Saturday; a Zipwire Challenge from the top of the Imperial War Museum in Salford. Its going to a be a laugh. I’m not too bothered by heights and I like to pretend I’m James Bond from time to time, so I think I’m going to enjoy myself. Zip, hip, whoopee. But the whole point of the event is to get as many people doing it as possible and get them all raising money for the charity.

Primarily, the focus here is on Buster. Buster was a staffordshire bull terrier who was horrifically abused in one of those stories that turns your world upside down for a moment and leaves you dangling. I can’t go into the details because its an ongoing legal situation, but you can see from his injuries it was bad. Very bad. One of those in which I end up feeling no anger towards the perpetrators, just vast, swelling oceans of sadness. And then three times that for Buster himself.

Buster didn’t survive. He died under anesthetic while undergoing an operation which he was fully expected to live through. His rehabilitation had already started and he was the most wonderfully affectionate and friendly soul, despite everything life had thrown at him. His death hit everyone hard, but it devastated the branch’s staff the most. We only have three full-time members of staff working with the animals (yes three – we can’t afford any more, even on mimimum wage), and each had taken to Buster in their own way since meeting him.

But there was no time to dwell for this trio; in came a group of newborn kittens needing to be hand-reared, two rabbits fell seriously ill, a dog with behavioural issues arrived to fill the space Buster left behind. Meanwhile, there’s a zipsilde event to organise, angry phonecalls to answer, paperwork, filing, shop accounts, contracts etc etc and on and on. And somehow these three storming ladies find time to breathe.

So this zipslide thing isn’t just for the vague memory of Buster, nor is it about throwing myself off a tall building for cheap thrills. Its about giving a nod of appreciation. Its about realising that the odd £5 given to the RSPCA only amounts two or three fewer chocolate bars for you, and a world of weight lifted momentarily from the shoulders of these actual superheroes. So if you can chuck some money in the pot, please do. Its wrongheaded to think of the RSPCA as just some soft and lovely land where liberal hippies prance around patting cats heads and cuddling bunnies. Its brutal, heartbreaking, relentless hell and this, really, is the least any of us can do.

Donate directly via the JustGiving link above, or text any amount from as low as £1 and the text: BARK70 to 70700. Big thanks in advance, you superstars. 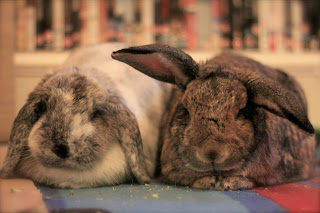