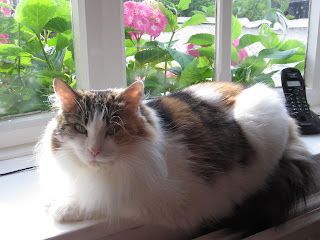 We adopted Poppy in December 2011 and we chose her because, despite being quite shy and timid, she nuzzled her face into my hand when I entered her pen at the cattery, a canny move which had me hooked! Poppy’s long hair had not been cared for in her previous life so she was almost completely shaven when she came to live with us, except for her very cute and hilariously fluffy legs, which gave her an excellent 80s leg warmer style. She was extremely timid on arrival, she hid for several days and when she did emerge she jumped at the slightest sound and went straight into hiding if any visitors popped in. 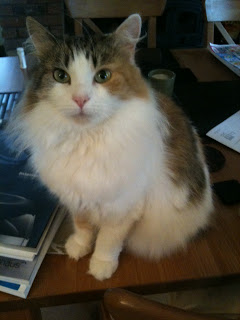 But what a difference a few months can make. As Poppy’s fur grew, so did her confidence, and her demands! I never could have imagined what an absolute beauty we had adopted, but she’s now a proper princess for whom grooming is a favourite pastime (second only to chasing her very fluffy tail), and if she hasn’t had her daily brushing session on my lap she soon reminds us with loud protests and repeated longing glances over at the shelf where the brush is kept! 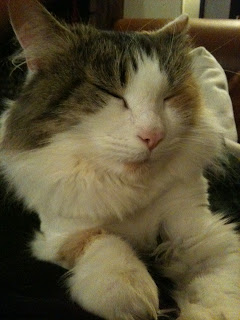 Poppy had never been outside before and watching her venture one step further from the door each day has been really rewarding. She’s still not a fan of the wind (darts at the slightest breeze), long grass (daintily picks up her paws and pulls up her tummy to pass over it), or going outside alone, but she is getting more adventurous by the day with occasional tree climbing sessions and forays into next door’s garden. 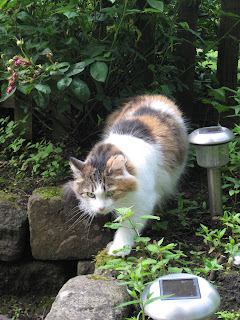 Her biggest achievement to date was when my neighbour popped round with her Great Dane, Ollie. I expected Poppy to flee but instead she stood her ground, and stared Ollie down for the full 10 minute visit! 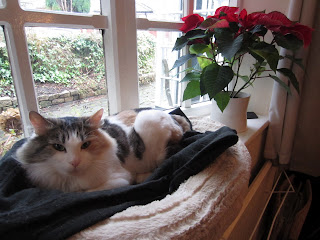