Have you ever heard a rabbit scream? 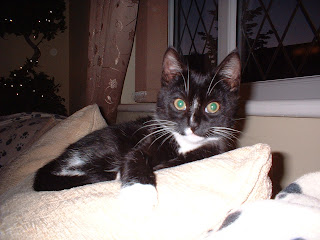 Not many people know that rabbits can scream. Admittedly it is rare and I’ve only heard it a couple of times in my lifetime, thankfully, because they only do it under extreme duress and it really is the most chilling thing to hear.

Sadly, one of only two experiences of this happened in the early hours of Sunday morning from the big fella, George, I had brought home to nurse as he was a new case admission in a very very bad way. Thankfully my husband was up and went to him straight away and sat and calmed him down, only for him to pass away a few minutes later. I had take him to the vets the next day for an autopsy so cause of death could be determined and hopefully help strengthen the case – the only saving grace in his needless suffering .

Following this I couldn’t face taking little old lady grub to the vets so I cancelled the appointment. I confess to having fallen in love with her and just wasn’t feeling able to make any kind of ‘rational’ decision. Having talked her case through with the vet I took her in the next day, and I’m so glad I did because a large mass was found in the womb area. She was too ill and old to be operated on (she had breathing difficulties too) so fate took the decision out of my hands. I really had fallen for that little mite and just wanted to give her every chance, but as I say, the decision proved not mine to make. But it does make you wonder how she ever became ‘stray’ in the first place given how frail she was.

Sadly, it didn’t end there. One of our bunnies from another case we dub ‘The Allotment 6’ was showing signs of needing another dental – she was averaging one every 4 weeks but now it was barely 3 weeks – and she was very clearly suffering and developing a tooth root abscess. The decision was taken to end her suffering because it was just so unkind to keep her going, and thankfully, because the alleged owner is denying ownership of our girl Chloe we could be safe to go ahead and do this. How crazy is this, really? It certainly is an aspect of the rescue side that I find deeply frustrating.

And to top it off on the rabbit front, the new group from last week have all got mites so it’s a ‘here we go again…..’

The week has also brought loads of new admissions and I am delighted to introduce to you little Biff (pcitured above). He was found in the subway at Salford precinct and is barely 4 months old. He has clearly been owned cos he is very sociable but quite why anyone would be letting a little fluff out to play so young is beyond me. Anyhow, he is safely in our care and beginning to settle into quite a little cutie pie!

We also admitted this week four cats and two dogs and we are expecting more next week – not that we have any space; I’ll worry about it next week. Animal adoptions have dropped right off and it is a huge worry cos as if we don’t find homes we can’t take more in and with Christmas coming up it is only going to get worse. We could really do with a miracle on so many levels but despite all this we still feel quite buoyant.

On Sunday we had a microchipping event in Flixton and the response was simply phenomenal – we chipped 106 animals in just 2.5 hours. The response really took us by surprise and we didn’t have the staffing levels to cope with so many numbers, but we got through it reasonably unscathed, just shattered!

So, we are turning our thoughts to our last fundraiser of the year – a combined free pet health clinic and xmas fayre on Sat 4th Dec. It should be heaps of fun and we are really looking forward to it but I’m having the usual struggle to find enough volunteers and cake bakers but it’ll will work out on the day, I’m sure, and we have been getting together some fantastic stalls and games so I really do think it will be alright on the day. Just need to make sure we make as much money as possible to pay the bills.