One Out of Two 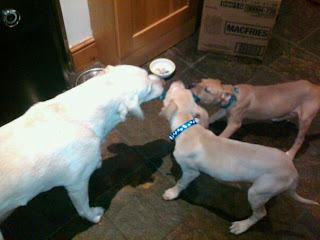 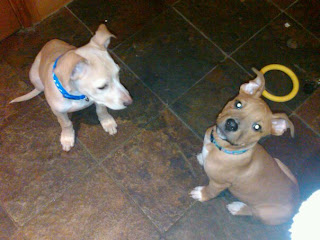 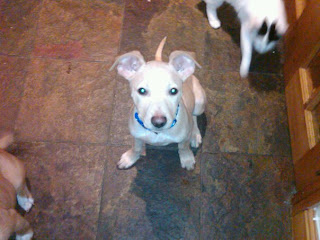 I have learnt first hand this week how sick and depraved some people can be. It has disturbed me greatly to have been, albeit indirectly, involved in two shocking cases of animal cruelty.

Just over a week ago a call came through to the office to report an animal emergency. I had to redirect it to the national helpline, as of course we are just the local branch and have no jurisdiction over the inspectorate operation, but in the process I got to hear the distress of the person who had found such a sickening sight.

The next day one of the inspectors rang me to ask if we could help fund treatment and take in the animal concerned and the true horror of what was found was revealed. A kitten, clearly suffering with some kind of skin allergy, had been bound up on its legs with duct tape, presumably to stop it bothering at its skin. The kitten had been dumped in some undergrowth with a plastic liner from a cereal packet intentionally wrapped around its head; presumably left to suffocate or freeze to death.

The tape had been bound around the legs for some time, and it was uncertain as to whether kitten could be saved. I got the news on Wednesday that kitten could not be saved because the tape on the legs had caused the tendons to rupture. Leg amputation was not an option because of it being both legs. This poor little mite had suffered unimaginably and experienced nothing short of misery.

The same day we were asked to take in a 6 week old puppy. I can’t reveal the whole story but I went to meet puppy the next day. He is a gorgeous little bundle and the inspector investigating the case has decided to adopt him, which is wonderful, and certainly a softener to the evidence that was found on his tummy of cigarette burns. In total there was probably 5 or 6 burn marks all around his tummy/genitalia. The image was shocking but not as shocking as to know that this innocent, helpless, dependent puppy was treated in such a sickening and depraved manner. It really is unintelligible and the image will no doubt stay with us all for some time.

It’s such a sad fact that we live in a society capable of such horrors on innocent lives.

This week has thankfully had some high points and we have seen an upturn in animal adoptions and several of our gorgeous furries have been reserved and gone to new homes. We also took in Maddy this week, pictured above in Mel’s foster care with Dolly (her lab) and Jake (who she adopted after his terrible battle for life). Maddy’s story is a little unclear but essentially domestic violence was part of her back-story. Maddy was absolutely petrified when she arrived, she had never been walked and we had to carry her if, and when, she allowed us too. But Jake proved to be just the tonic she needed and she has very quickly come out of herself. It will be wee while before we can put her up for adoption, as there are few things to work through but hopefully we will find her the perfect home for Christmas.

Next week will be a busy one again, with preps for our Xmas Fair and Free Pet Health Clinic on Sat 4th December. I’m really looking forward to it but still need home made cakes donating or else I’m going to be up all Friday night baking and my repertoire only extends to flapjacks! Please keep everything crossed for a successful event as we need the money so much, having seen yesterday our vet bill for November is nearly £3k. I’d also like to say a thank you to someone for their kind cheque donation toward the Xmas Fair – you know who you are and I’m very grateful to you for being so thoughtful and supportive.