Pets as Presents? Yule be sorry. 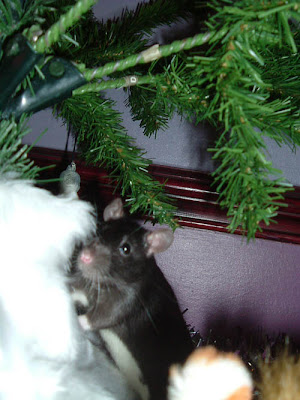 This fabulous strap line is from a press release by the PDSA on 2nd December. I found it whilst searching to see if this phenomenon of buying pets for Christmas presents was a wide spread problem or just specific to Manchester, having spent the WHOLE week taking calls about little else other than people wanting to get a puppy or kitten as a Christmas present. I kid you not.
People really have been that blatant, or honest, about their intentions and I cannot believe that after all these years of campaigning by animal welfare charities that we are still seeing this ridiculous attitude towards pets at Christmas. Mad? You betcha! I have not felt so cross in a long while.
On a different, but similar note, I even had a woman ring me yesterday to say her children’s pet rabbit had dropped down dead last night and wanted to get a replacement. I refused stating that rabbits rarely just drop down dead, we do not rehome rabbits as children’s pets or to live alone outdoors. Well, this caused outrage and I had the husband ring back a few minutes later taking umbrage with what I had said to his wife stating that it says on the Internet that rabbits do drop down dead (his was vaccinated so it was unlikely to be VHD related so I put him straight about underlying causes such as gut stasis and related dental disease) and he then he proceeded to tell me that I was wrong about them not being good children’s pets because he had always had rabbits as a child and so has his children. GROAN. I referred him to the Rabbit Welfare Association’s website seeing as he wouldn’t believe a word I was saying and had been getting typical misinformation about rabbits from the bloody world wide web!
What was worst of all, and I mean worst of all for me, was that he told me had been to one of our rabbit roadshows earlier in the year and the rabbit was given a ‘clean bill of health’. The point is that this was in April and rabbits, like any other pets, get ill and as they are prey creatures they hide their signs of illness. But more than that, they will have been given comprehensive advice about rabbit care, enrichment and companionship by one of us at the roadshow, yet I still found myself hearing all this wrong stuff from him. My heart just sank. I tell you, it was soul destroying. And clearly I am still mad about it 24 hours after the fact cos I’m blogging at silly o’clock on a Sunday morning when most sensible people are tucked up in bed.
Are we ever, really, going to make a difference to animals’ lives?
If I receive one more call from people want to BUY a pet as a present this Christmas I might just roll over and die. How can we really be a nation of animals when we continue to treat pets as commodities?
p.s. the piccie is of my hubby’s ratties climbing the Christmas tree circa 2007 – the ‘husband’ in the rabbit story asked my what did make a good children’s pet and I said ‘a rat or guinea pigs in pairs’ – I didn’t get a response