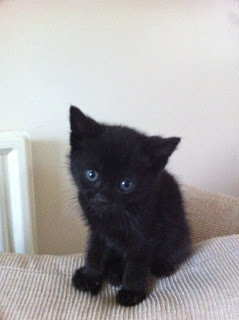 Watching the London Marathon as I write my blog is just what ‘the doctor ordered’. Not because there are more bonkers people out there than me, but because of the inspirational stories behind so many runners. One of these runners is a friend of mine called Ellen. She is running to raise money for British Heart Foundation even though she has had major heart surgery herself at a young age. Frankly, she is lucky to be alive; she is simply a walking miracle. Today, this is what I need to perk me up after an exhausting 65 hour week.

So, my absence from the blog has just been through sheer bewilderment with workload, but I’m adjusting and coming back down to planet earth after a very intense week or so after our (full-time) Animal Welfare Co-ordinator Catherine had emergency surgery last week to save her life.

You can imagine it rocked us all, not least of all Catherine, and she is going to be out of action until the end of May. So, me and Mel (who works part-time) will be doing our best to fill her shoes, but after just one week I’ve already told Catherine she can have her job back! She knows how frustrating I find driving around, just cos I can’t multi-task and do three things at once. But you don’t realise how much driving around we actually do with the animals – I suppose it’s the downside of not having an animal centre with animals all in one place – it certainly is ever so time consuming. But I have to say many of our foster mum’s have been so great helping me out of late with vet runs and collections and I really could not have coped with them – you know who you are, thank you ever so much!

However, I’m pleased to report that Catherine is in good spirits, although she has a long way to go before she will back to full health, so we will be frequently visiting her and keeping her up-to-date with all the goings on (at her request), so let me tell you what’s been happening…..

On a a great high note 3 of our dogs (bare in mind we have only 6 kennel spaces) have gone to new homes this week! We have already filled the kennel spaces, (it rarely takes long for news of spaces to get around the inspectorate) so we will hopefully be able to share more about them on our Facebook and Twitter pages later today.

This week we have had 4 wonderful updates on rehomed dogs of ours – one from last year, one from the beginning of the year, one from a month ago and one just 24 hours after adoption. Each and every update was simply magic to hear. Each and everyone so positive and so motivating. I can’t thank the owners enough for letting us know that what we do really does make a difference.

This week we have reopened the cattery too, after just a 3 week brush with cat flu, thanks to Humphrey. Good job he is so bloomin’ gorgeous! We have admitted 4 new cats into the cattery with 2 lined up next week for the last remaining spaces. We also admitted 3 newborn kittens thought to have been abandoned by their mum – so young they still had their umbilical chords attached – and they are still going strong! And we also admitted Lofty, pictured above. He was found near a post office in Salford. His mum and siblings could not be found, but he clearly was missing them….

Lofty’s first night was not great. He wailed that unmistakable cry for his mother, for hours on end. But a few days on, and I received a wonderful update from his foster family yesterday letting me know that he has settled wonderfully well and decided to ditch the substitute cat milk and launch into wet food and is absolutely thriving and loving! Quite a remarkable change from the little hissy-spitty bundle that first arrived.

We sadly, however, had to have a kitten put to sleep this week. Ebony had very suddenly developed really quite progressive neurological problems. She was likely to get even worse and we didn’t want her suffering, and even more of a troubling viewpoint is the reality that we have kittens that have grown up in our care that are now adults, such is the difficulty in finding enough homes.

It felt awful asking the vet to euthanize a kitten. A kitten. Just a horrible thing to have to do. Her foster mum was ever so understanding and supportive and I can’t thank her enough. It just seems that at times we barely go a week or two without having to make such horrible decisions.

Our busy week finished yesterday with our attendance at Chorlton’s Big Green Festival with a vintage stall. It was a fantastic day, with great weather and a huge turn out. It was a 10 hour day but worth every minute as we raised £580 from our stall! It is with great thanks to our shop staff and volunteers that we did so well. It was so uplifting raising so much money.

And next week is looking just as busy with adopted animals being returned: 2 rabbits (owner allergic) and 1 dog (change of circumstances) and two events going on. I’m just grateful we will (hopefully) have Good Friday and Easter Monday off to recover!

But back to the marathon runners…..good luck and thank you for raising my spirits and I hope that Ellen has a great day.